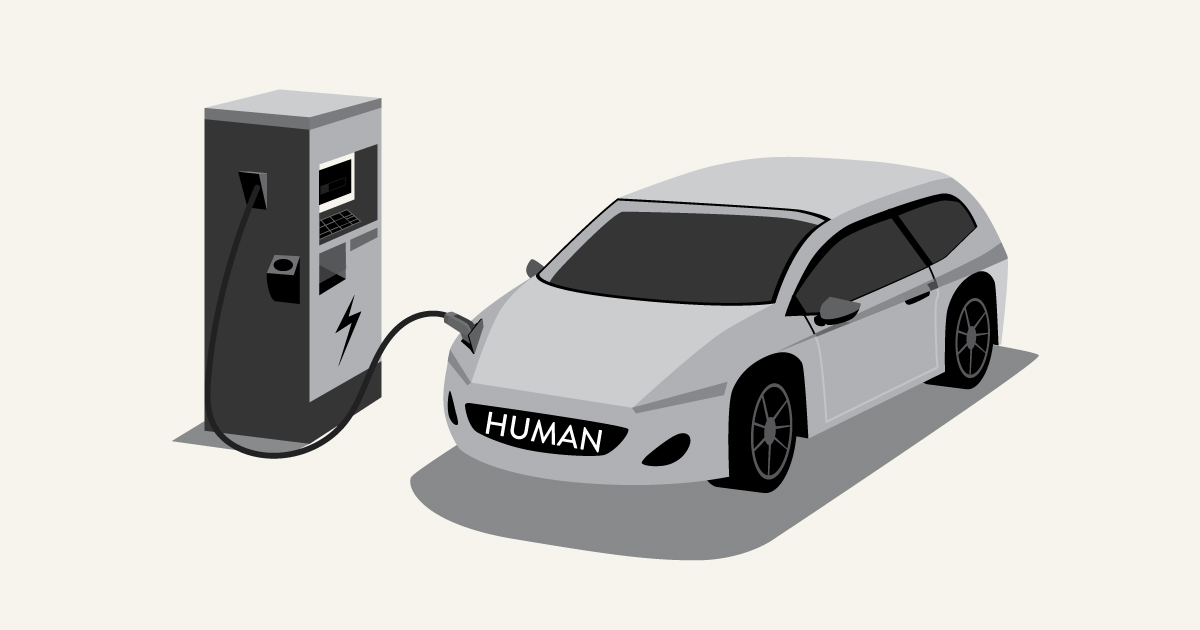 The future of EVs in Australia and New Zealand and their impact on lives of the community.
Innovation

The future of Electric Vehicles in Australia:

Infrastructure Australia has ranked the creation of a National Electric Vehicle Fast-Charging Network in its top 10 High-Priority Infrastructure Initiatives, noting the poor geographic spread of our existing fast-charging infrastructure and the vast distances where EV’s are currently unsupported.

With prices continuing to fall, electric vehicles are expected to reach up-front price parity with petrol cars by 2027, and Infrastructure Australia predicts that by 2040 70% of new car sales and 30% of vehicles in Australia will be EVs. This can and should be accelerated. Modelling shows 75% of global new car sales must EVs by 2030 to limit global heating to 1.5 degrees. Moving from internal combustion engines to electric vehicle technology will result in nationally signiﬁcant fuel and maintenance cost savings, and environmental beneﬁts.

However, lack of access to charging stations has been identiﬁed by over half of motorists as a key barrier to the adoption of EVs. Although there has been an increase in charging stations since 2018, partly supplied by the private sector, the latest information from the Electric Vehicle Council suggests that Australia currently has less than 3,500 public charging stations, of  which approximately 470 are fast charging. Other key barriers to the adoption of EVs include the currently high vehicle prices, model availability, and the distance over which they can travel on a single charge.

‘’The total market in Australia is approximately 20,000vehicles per year – based on light, medium and suitable heavy vehicles. With the normalisation of on-line shopping because of COVID-19 lockdowns, we expect that the light duty segment will grow. Our vision is to capture 10% of this market, or 2,000 trucks per year.’’ Glen Walker, Regional Director Oceania, SEA Electric

The future of Electric Vehicles in New Zealand:

The Climate Change Commission has recommended phasing out imports of fossil-fueled cars by no later than 2035, and the new Clean Car Discount will incentivise accelerated adoption of EVs. Transport makes up 21% of the country’s carbon footprint, and most of that comes from the light vehicle fleet – cars, vans and utes. By the end of this decade more than 50% of monthly vehicle sales in New Zealand need to be electric in order to meet our emissions reductions targets. This requires a jump from about 6000 electric vehicles (bought in 2020) to annual sales of 150,000 electric vehicles (NZTA).

If every New Zealand household switched their car for a climate-friendly mode of transport for two short trips a week (two kilometre average), every week, we could save around 100,000 tonnes of carbon dioxide emissions each year. If one in five commuters switch the car for active transport (biking or walking), or even work at home one day a week, we could avoid 84,000 tonnes of carbon emissions each year.

Worldwide, EV sales rose 41% in 2020, despite general car sales being down 16% due to the Covid-19 pandemic. Eighteen of the world’s top 20 vehicle manufacturers have stated plans to increase the range of EV models available, and increase their production.

If all light vehicles in New Zealand were electric, their current total electricity demand would increase by around 20%, EECA estimates. This could be accommodated within New Zealand's current electricity grid, even allowing for the uncertainties of renewable generation, provided the majority of EVs are charged during off-peak periods. Smart charging can smooth peak demand and reduce the risk of EVs overloading the electricity system. There are public chargers available every 75km on the country's highways. EECA is working with MOT, NZTA and MBIE to develop a strategic roadmap for New Zealand’s future EV charging network to ensure public funding support is well targeted and delivers the coverage, density and capacity required as the electric vehicle fleet increases.

‘’The future will be electric in the passenger car world for sure. That’s clear now. This train is moving. Its gaining speed and getting momentum. We are preparing for this world.’’ Herbert Diess, CEO The VolkswagenGroup.

How will the EVs impact our life?

Heating your home with your electric car:

Some electric cars today are already contributing to the hot showers and other energy needs of their owners. Car manufacturers are well advanced in their research to link electric car batteries to home power grids. Mitsubishi released the Dendo Drive House system in 2019 for this very reason, promising a future where our electric cars can help power our homes as our main (but mobile) electrical batteries.

How will this look on a daily basis? Our cars will likely be able to charge up when electricity costs are at their cheapest, then power our homes during peak periods, or even feed back into a shared local grid.

Put your feet up with automated driverless electric cars:

Many believe we’re headed towards a future without human drivers. Other major economies will likely introduce this before Australia, but most car brands are well into their research for automated driverless electric cars.

Of all the car companies, many believe Tesla to be the most advanced in its pursuit and sophistication of driverless electric cars. This is because Tesla has its own existing fleet of cars already on the road, which it’s using to build up a complex network of data to ‘train’ its automated driving software. This training process is called machine learning, where a shared knowledge system between all Tesla cars gradually learns to recognise different images of objects on the road (such as a dog crossing a road). Thousands of Tesla cars send through different images of the same type of object, increasing the central network’s ability to recognise an object on the road. This knowledge is then updated instantly and disseminated amongst the fleet of cars on the road, creating real-time learning across thousands of vehicle computers.

A subscriber model for cars:

This might be a while ahead, but some believe a new ‘subscriber’ model for electric cars will eventually be introduced once automated driverless electric cars dominate our roads. It’s thought its adoption will be accelerated quickly as the savings become clear to everyday people.

Without owning a car, subscribers will be able to call for a car at any point and a nearby vehicle will be selected from an ever-moving fleet of cars that never park but are always on the move. This technology and business model may need automated driverless cars to become the dominant form of transport before it takes off, but it will have large impacts on society if it does happen.

With a road system navigated by automated driverless electric vehicles that operate via complex machine learning and algorithmic systems, our car spaces may potentially become a thing of the past. Homes may not need car spaces as we all sign up to subscription services, while an ever-moving fleet of electric vehicles will remove the need for cars to remain stationary for long periods of time. Research and development is already well under way to create charging stations for electric vehicles. These stations might have hundreds of car batteries charging at any given time, so a car can pull up and have its battery swapped out before it heads back out on the road.

Will there be competing brands?

With Tesla having made significant advances in its automated driverless cars and with its rejection of technologies being pursued by other car brands, there’s fierce debate about who will dominate the electric vehicle market of the future.

Hyundai developed its E-GMP (Electric Global Modular Platform) to standardise its delivery of electric vehicles, promising 23 EVs worldwide by 2025. Jaguar plans to be all-electric by 2025, Volvo forecasts 50% of its sales in 2025 will be EV sales and Volkswagen expects to stop selling internal-combustion-engine vehicles in Europe between 2033 and 2035. Name a major car brand and you can be sure they are investing heavily in this shift. It’s impossible to say if there will be one company that comes out at the top to change the automotive industry forever, or whether we will continue to see competing brands. 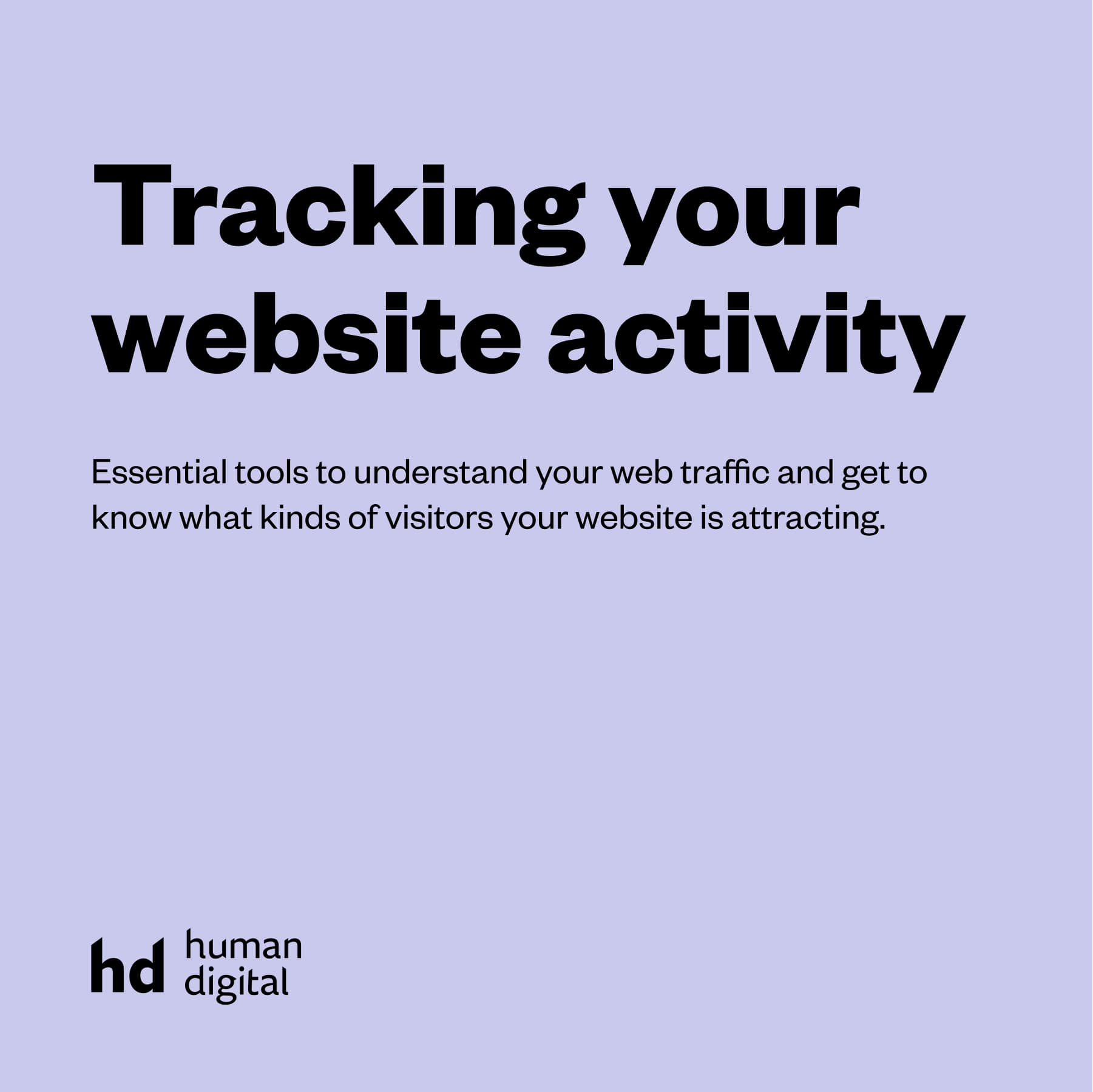 Essential tools to understand your web traffic and get to know what kinds of visitors your website is attracting.
Design 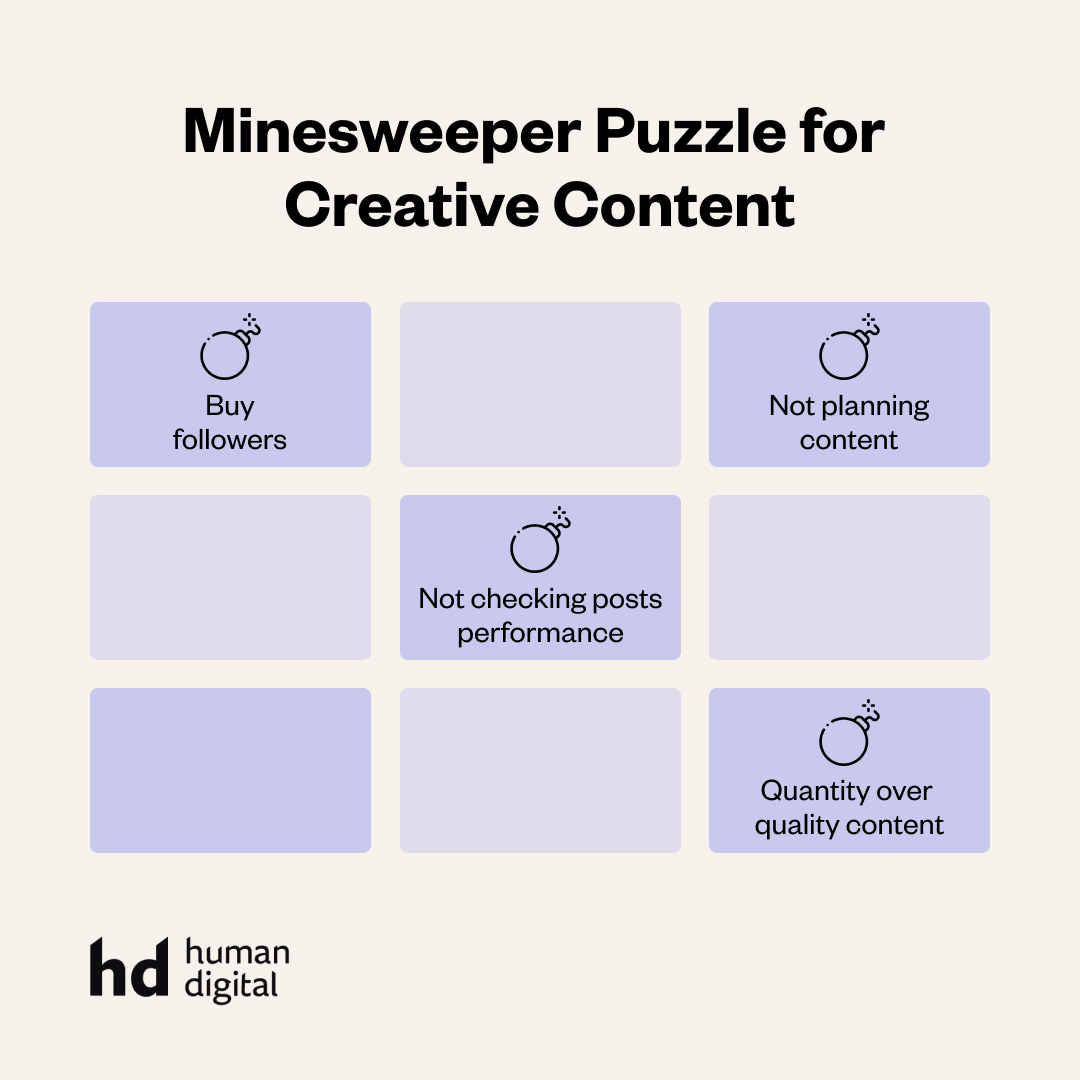 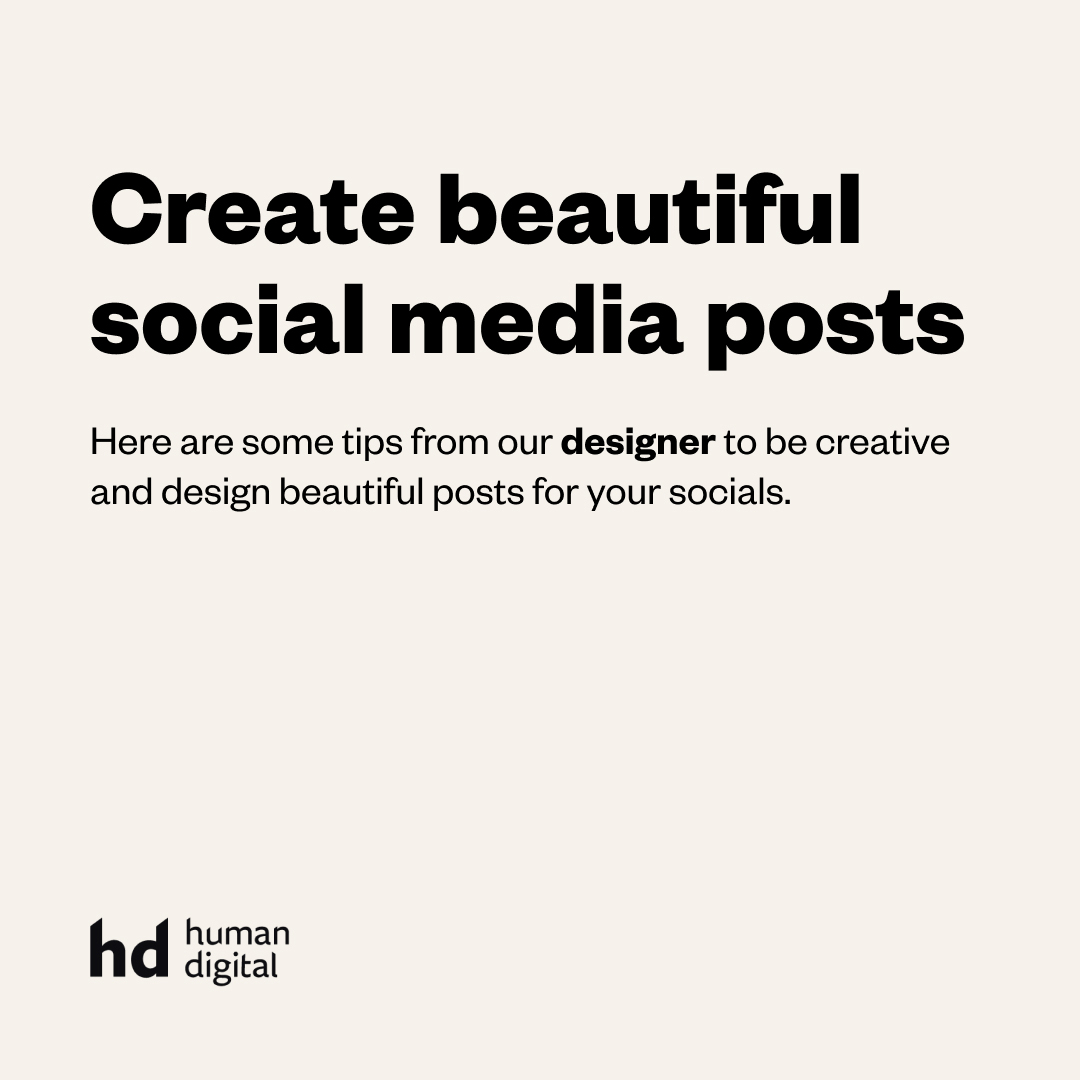 Here are some tips from our designer to be creative and design beautiful posts for your socials.
Social Media What is CRM Software?